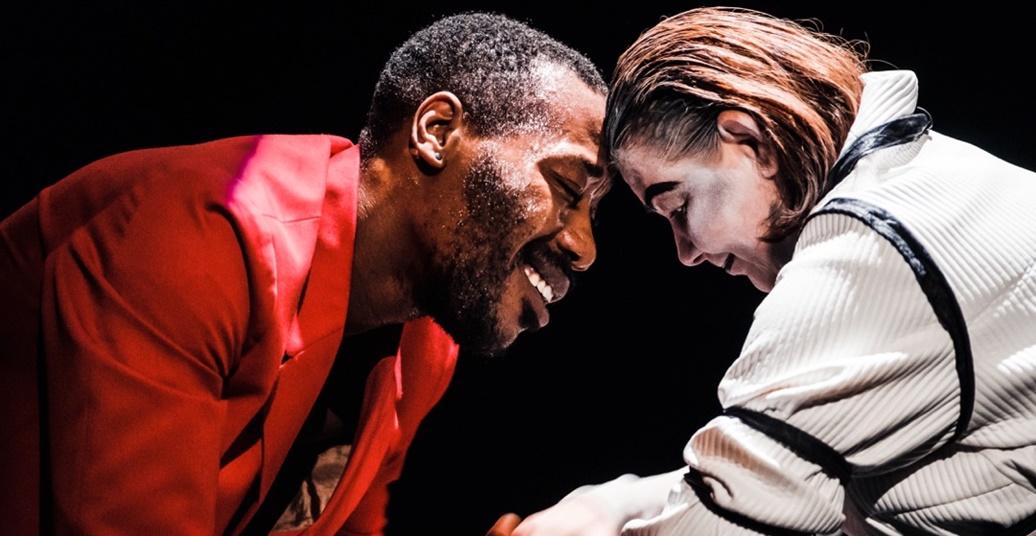 RambaZamba Theater and choreographers Sara Lu and Rubén Nsue create a colourful, trance-like picture of the painter’s life in “Heroes – Mythos Basquiat, just for one day.”

Begun in 1991 by Gisela Höhne and Klaus Erforth, two parents of a son with Down syndrome, RambaZamba Theater is dedicated to the production of new and old works by actors with and without disabilities. Located in Prenzlauer Berg’s bubbly Kulturbrauerei, a space housing artistic venues, cafes, bars, and shops, RambaZamba has become known for tackling both experimental works and classics. More recently, it has made inroads into dance theatre through a partnership with the Spanish choreographer Sara Lu, and this October it offers us a particularly appealing subject for investigation: the life of the American artist Jean-Michel Basquiat.

“Heroes – Mythos Basquiat, just for one day” is an interpretation of Basquiat’s biography and his body of work, which includes exceptionally vivid paintings focused on dichotomies of class, experience, and social structures. While Basquiat’s art brought him swiftly from extreme poverty to international fame and into the New York cultural elite, he died at just 27 years of age of a heroin overdose in 1988. Thirty years on, choreographers Sara Lu and Rubén Nsue, who both created the work with the team, as well as perform alongside them, ask the question of what it means when one is both a hero but also an outcast, particularly when one is made so by racism and class discrimination.

The work opens in a state of magical realism. Time walks in a slow solid circle clock-wise, defining the stage’s periphery within the black box space with sand he trickles from his fingers. Meanwhile a figure representing energy and life force births Basquiat as one of the RambaZamba troupe members wistfully sings a lonely lullaby. But soon Basquiat is grown, in full form and a dashing red suit, bounding across the stage with smooth moves, grace, and power. We don’t get a deep sense of character here, or even of a particular quality of energy or spirit that Basquiat may have possessed, even fictionally. Rather, we are led through a series of vignettes which depict experiences. For example, we experience the city, traffic, aggression, and violence, through our witnessing of the whole troupe jostling and throwing Basquiat to the ground, an especially startling and jarring effect under the strong strobe lights employed which gives us only glimpses of the action as if we too were being punched. We also see beauty, seduction, and luxury, through the graceful moves of four female dancers decked out in sheer fabric, chiffon, and sequins – moments here are exquisitely gentle and touching, and it is beautiful and important to see the extreme sensuality of different types of bodies all together. We see power and sex get mixed up, too, when a figure crowns Basquiat but also desires him. And we see the raging delusions of party, passion, intoxicants, and capitalism when Basquiat whirls in fright and delight dancing amongst lion-headed figures to flashing lights.

Basquiat died young, and as the piece winds down so does Basquiat’s life. He struggles with time, trying to shift its pattern, to get out of its way, to disrupt its ceaseless circle. “Mythos Basquiat, just for one day” does not give us a clear psychological picture of Basquiat or read his life deeply through one of the many lenses upon which it lightly touches (race, sex, power, physicality, the art market, capitalism, creative processes, etc.). Rather, it illustrates abstracted moments from the artist’s life, pulling them away from close biography but into conversation with one another. As life energy comes to put Basquiat calmly and sweetly to death, as if to bed, we see something like a boy at rest, with a crown balanced caringly upon his chest. The image flits between a soldier’s burial and a child about to wake up from a nap and play. Basquiat dealt intensely with extremes in his work and his life, and in the final resting image we see two extremes in one form, bringing us back to the question of how one body copes with the dualities and the extremes of experience.