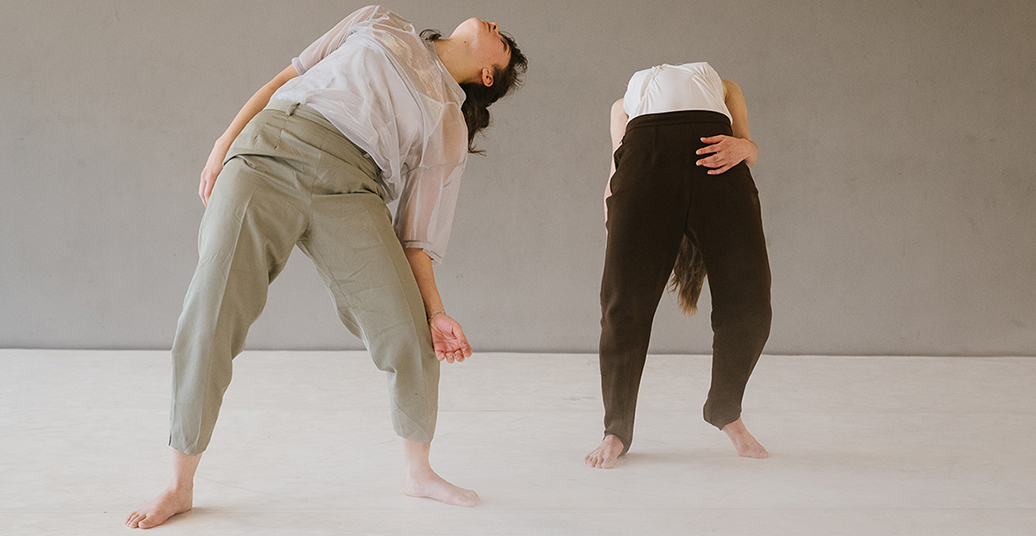 Whether we anticipated it or not, whether we processed the events and emotions of the first wave or not, the second (partial) lockdown has returned us to a similar situation as in March, as we – Annette, Jette, and I – had just begun reporting on Berlin dance events for the tanzschreiber portal. It’s been a few intense months during which we primarily sated our dance curiosity via online formats. Even though, as we all know, dance is actually the most physical art form par excellence there is (for both the artists and the audience). So we attempted to tackle questions about the practice, “how, where, on what, and with whom can dancers and choreographers work right now?”, and about the receivers, and especially “about what cultural journalists should report on”.  Then came the easing of restrictions in the summer. And now we’re back to square one. However, unlike before, we know what to expect. It’s easier for some artists to rethink things (in part because their work is better suited to online adaptations), for others it’s unfortunately not. What I sometimes sense in the city is a sense of rage: the dull, sad fury of caged animals and the (thankfully, more rarely) existential angst of those who don’t know how they’re supposed to make ends meet (if you’re in a position to help, please support your fellow human beings!).  And just like the first lockdown, something remains astir inside the apparent stillness of the closed performance venues.

At this moment in time, residency programs are particularly important: they offer choreographers and dancers a setting to (continue) their work. The residency program “Body Time Space” gives a total of three Berliner artists (groups) the opportunity to spend a four-week residency each in the Radialsystem space in 2020 and 2021. The program, which started in the fall, will continue into next year and is part of the Berlin Senate Department for Culture and Europe’s “Residency Funding for Berlin Dance Professionals” pilot project.[1] Along with the Radialsystem, eight other production venues are participating in the pilot project whose unique feature is that it, on the one hand, exploits the decentralized structure of Berlin’s dance venues and their peculiarities while, on the other hand, simultaneously facilitating the on site continuation of artistic work for dancers and choreographer based in Berlin. Lina Gómez is one of the guest artists in November. She started with a group consisting of four dancers, two musicians, and one light designer, among others, who find themselves in a trans-disciplinary dialogue on artistic disciplines.[2] A presentation and discussion of the results of Gómez’s time in residency at Radialsystem was streamed live on 17 November 2020.

At the start of the piece (and I’ll explain later, why I refer to it as such), we experience how Lina Gómez and her dancers work with imagination images. The dancers around her enter into another state. From this moment onwards, additional images arise as if wound up by clockwork, almost of their own accord. Through their movements, but also through the acoustic spaces of Paulina Miu’s archaic song coupled with Michelangelo Contini’s digital music touch, an impression of mountains, which slowly but steadily shift and develop, emerges. A theme of the residence was the exploration of the boundary between the autonomy and dependency of the disciplines involved. Mutual experience and memories — all the artists participated in exercises from the other respective art forms — promote a strong connection, a connection that can also be felt through the lens of the camera, while simultaneously maintaining autonomy. Transferring a traditional, informal show to a live stream, one which can still be viewed after the event, positions the artistic work somewhere between the intimacy of a work-in-progress and the captured form of a final product. On the one side, this opens up the potential for the geographic participation of those not in Berlin (like e.g. Gómez’s mother). However, it is likewise less ‘playful’. As a viewer, I rather perceived the former, whereas the artists emphasized the latter during the discussion.

The pilot project “Residency Funding for Berlin Dance Professionals” came about in order to afford time and space to artistic development and to promote working contexts between artists living and working in Berlin and Berlin dance venues. Even before Corona-related travel restrictions made international residencies significantly more complicated, artists were questioning the meaningfulness of years-long global “tours”, from one residency to another, when it was only a matter of having a place to focus on work. At a time when performances in front of audiences are now forbidden and production processes are coming to a halt in performance venues, it is incredibly important for artists to have access to a space (entirely physical) and to also be able to open this space up (even if only virtually) to viewers. This is the only way to continue developing dance and sharing it with an audience.

Information on the “Body Time Space” residency program at Radialsystem and Lina Gómez’s StudioVisit are available at https://www.radialsystem.de/residenzprogramm/.

[1] The “Residency Funding for Berlin Dance Professionals” pilot project was a result of the Round Table Dance (2018) and in light of a lack of any institutional establishment for Berlin dance. In 2020 and 2021, the nine dance production venues for the residency programs within the framework of the pilot project are: ada Studio, ausland, FELD Theater für junges Publikum, Flutgraben Performances Residencies, Lake Studios Berlin, radialsystem, Sophiensaele, Tanzfabrik Berlin, Uferstudios.