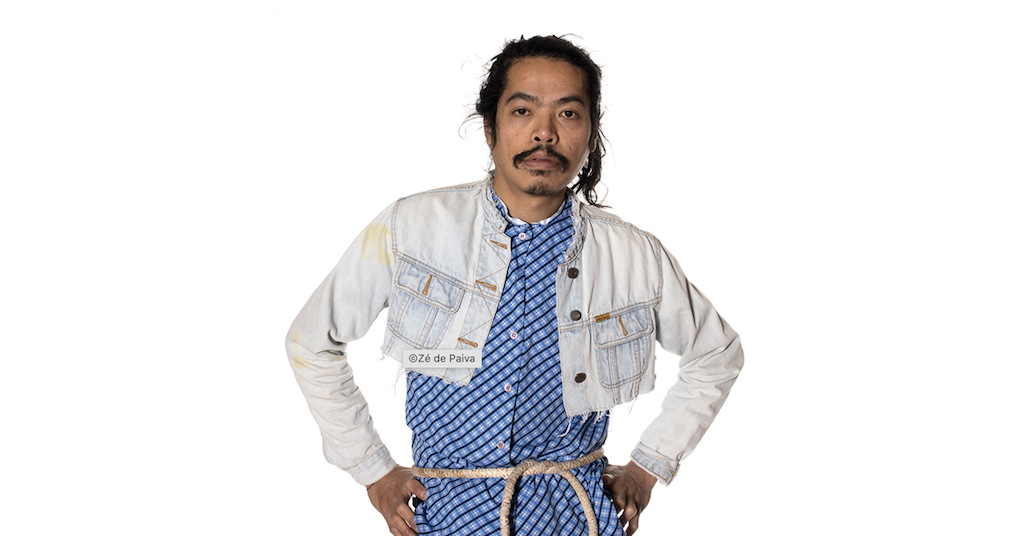 A part of Ballhaus Naunystraße’s PORTRAIT series, “Pepe Dayaw: a portrait performance”offers the performer’s unique set of skills and performance research as a means to dissect contemporary performative paraphernalia.

Oh, the glorious characters of Berlin! Perhaps in no other city will you find such beautiful, multi-faceted entities as those that roam the streets of Bezirke such as today’s Kreuzberg and Neukölln, blending real life and performativity into a hot mess of culture. Pepe Dayaw is perhaps one such creation: born out of years of development in his twin practices of cooking and dance, and a character that “grew up everywhere and lives in Berlin”, Dayaw is a work-in-progress frame on which the performance artist of the same name can hang their various masks – which also include practices such as fashion design and massage.

“Pepe Dayaw: a portrait performance” follows and presents certain performance material and stories from (and connected to) the artist’s personal background and research practices. The show begins with video footage of the 1974 Miss Universe competition – the first held in one of the artist’s cities-of-origin, Manila – with Dayaw appearing in various costumes as a slippery copy, a not-quite-replica of the catwalk. It’s a sort of light posing that introduces the ‘soft offer’ of the show, a frame that almost floats across the stage, refusing obvious categorisation. As Dayaw poses, he looks at the audience with some obscure mix of curiosity and menace, as though asking some silent question that accompanies his swaying, presentational movement.

The video is mixed with some Filipino advertising of cooking products, drawn from various eras. Dayaw returns to the stage to tell us about his other passion, cooking, and of sitting in his grandmother’s kitchen – “we say we are what we eat”. Dayaw explains to us the background of two recipes, one of which is the amusing SPAMSiLog – a combination of SPAM, fried rice, and egg, which has origins in the Philippines’ complex history of colonial occupation by Spain and the United States (Dayaw asks regarding SPAM: “How did this product come to us, and how did it come duty-free?”). There follows a round of another of Dayaw’s specialisations – karaoke – Morris Albert’s “Feelings” followed by Diana Ross and Lionel Richie’s “Endless Love” (with Dayaw singing both parts).

The critique of colonial occupation sits under the piece’s various facets of performance, with various references anchoring it in the Philippines’ context, such as the red, white and gold cloths of the ending connecting to the colours of the national flag. Some text such as “before there was enough to share” or “what was before?” points to the lingering effects of colonisation, mirroring the bizarreness of some of the cultural paraphernalia. In the centre of this is Dayaw himself – a character slipping and eluding categories, playing with objects and asking questions as he builds his own identity.

The ending, in which the otherwise unpresuming sound design (meLê yamomo) develops a chorus of ambient chimes as Dayaw whirls in a multi-layers costume and gold boots, climaxes the show’s argument into a complex and powerful synthesis. The almost-floating of Dayaw at the end seems to echo the elusive quality in the piece itself, and this specific, suggestive frame is a distinctive feature of Pepe Dayaw – one that marks it as a unique and new offering among stage work.