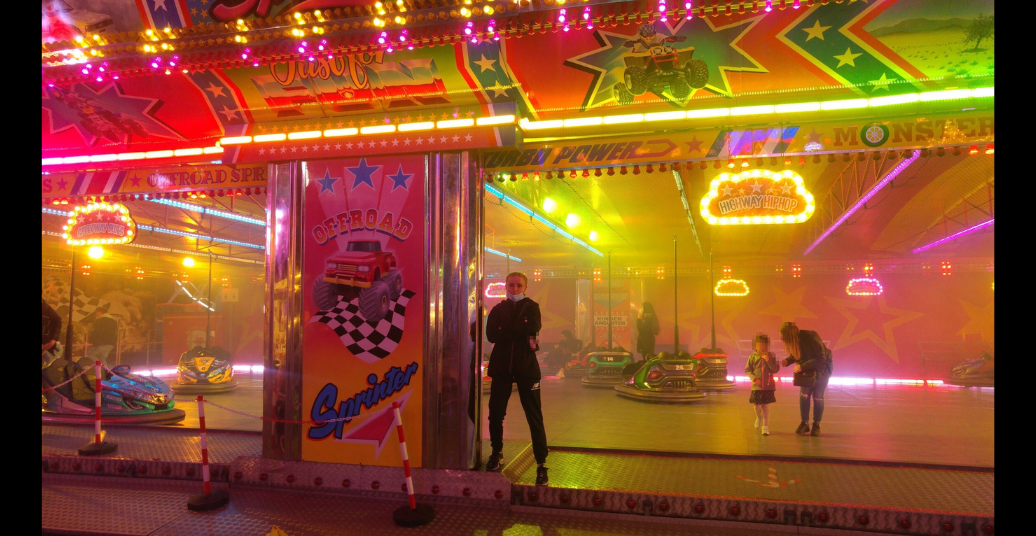 “Working Class Dance Group” by Josephine Findeisen was created with, and performed by Agnes Bakucz Canário, Stephanie Benze, and Findeisen herself, on 13 November 2021 at Uferstudios Berlin. The piece explores the extent to which class inequality affects those who come from working class or economically disadvantaged backgrounds through an investigation within the frame of the dancing body. Informed by the works of activist groups, such as the Prololesben and the Arbeiter*innentöchter, “Working Class Dance Group” establishes an ongoing relationship between biography and society.

“Working Class Dance Group” is a choreographic work historically framed by, and steeped in autobiography, reminding us that we are always bodies placed within a social history. The piece starts outside Studio 1 at Uferstudios on a damp Friday night with a series of shots of alcohol being ignited. They are positioned on the floor to form the initials ‘WCDG’. Then, a techno-oriented music track begins. A red Volkswagen Golf Cabriolet arrives, out of which three dancers emerge. They initiate, and then repeat, a movement sequence marked by gestures including a lifted wrist. The performers are dressed in street clothes and chew gum. They have a determined presence, reminiscent of the audacity of a young girl gang. Their movements and gestures directly address the audience.

At the end of this introduction, the audience are invited to enter Studio 1 where candy — a children’s chewing gum — is already waiting on each seat. The stage floor is empty and Findeisen welcomes the audience, inviting us first to eat our candy and take care to replace our masks afterwards. At this point, she explains the genesis and overall concept of the work, introducing the upcoming first audio excerpt from an interview with Edith Segal, a choreographer involved in the Workers Dance League in New York during the 1930s. Findeisen highlights the choice to perform this work at Uferstudios as an example of situating a politically informed dance work in a historical working class space — Uferstudios is a former tram repair shop operated by the Berliner Straßenbahn-AG. A movement sequence by the three performers follows without music, distinguished by a weaving of the hands, arms, and elbows, and a vibration of fingers. The three dancers, despite their individual personalities, appear to form an extremely closely bonded group.

Together they read out a list of words, a kind of a shopping list of terms gathered from their research and their personal histories: ‘stealing from the supermarket’, ‘class struggle’, ‘who has the luxury to rest?’, ‘shame’, ‘collective anger’, ‘transclass’, ‘hardcore dance’. Biographical narrations in German and English from the three dancers trace the dramaturgical arc and create the soundtrack to the performance. A narration in a robotic voice recalls working conditions at an Amazon warehouse. A tale of a dancer and a musician whose studies in dance began, thanks to the free classes offered by the Michelin manufacturing company where her father was working, back in the 1960s. Questions from the three performers such as: ‘Which kind of objects do you remember from when you were a child?’ Or ‘Which kind of things did you consider as luxury?’ Answers such as Barbies, Nutella, and new schoolbooks frame the collective memories of childhood as narrated by the three dancers.

Interestingly, the choreographer later wrote me that, even though the authors of the narrated texts are generally credited (for example, in future publications): ‘… onstage, most of them didn’t want their names mentioned in direct relation to their texts or stories.’ I think this offers a unique perspective into the necessity, on one side, to share their stories, but also on the other, to somehow protect themselves from the glare of the stage. I found these narrations so powerfully articulated when placed in relation to the physical presence of the performers.

At the end of the work the atmosphere switches from one of collectivity to one of solitude with a revisited version of Camille Saint-Saëns’s “The Swan” well-known in the dance field for “The Dying Swan” devised by choreographer Mikhail Fokine for ballerina Anna Pavlova. The performers position a series of balloons not in the shape of swans, but rather shining blue dolphins.

Findeisen and her collaborators clearly recall for me that dance making is a historically placed process where autobiography, intended as a Foucauldian genealogical endeavour, is the past which is present in each one of us. With their research, understood as a ‘growing and ongoing archive’ (presentation notes, WCDG 2021), within which “WCDG” marks an initial step in a counter-hegemonic investigation of the effect of classism. Collectiveness and the complicity born by sharing common memories collected via interviews and exchange with friends, family and also colleagues’ (personal email to me), through and thanks to a body informed by understanding, make this piece a precious and much needed inquiry into our precarious times.