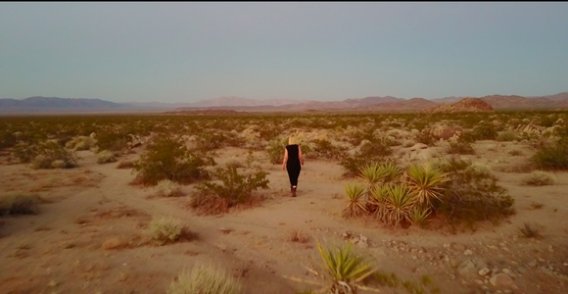 Manon Lescaut: a story of a young woman in love but equally intrigued by the good life. She follows her heart, before leaving her young lover Greiux for an older, richer one. When she realises this doesn’t make her happy, she leaves him, but to punish her agency he has her imprisoned with other “wayward” women, awaiting shipment to Louisiana. Grieux, who is besotted if poor, begs the guards to let him join her on this coerced journey, but once arrived and traversing the American south, Manon falls ill. What they need is water, and so Grieux sets out to find some, leaving Manon alone in the desert, reflecting on her unhappy end and her will to survive. Grieux returns for Manon’s last breaths.

Though Jules Massenet had scored the same tale nine years earlier, this is the story Giacomo Puccini famously put to music in 1893, marking the first major acclaim of his work. Today, the story, taken from Abbé Prévost’s 1731 novel L’histoire du chevalier des Grieux et de Manon Lescaut, is remarkably relevant, with its focus on the treatment of women, misogyny, materialism, migration, and consumerist manipulation.

Faced with such robust and urgent themes, it would be easy to imagine a contemporary artist’s interest in retelling the story. Lulu Obermayer, however, does no such thing. Rather, she isolates the fourth act of the opera, sinking deep into Manon’s lone moments in the desert.

Before a backdrop of sight – an unfocused video of a woman’s figure heading away into hot yellow grasses under pale blue skies with a firm, determined walk – and sound – a hum that eventually soars into song – emerges one performer, a black dress, slow steps, two giant plastic jugs of water dripping ever so slowly as she traces a large circle around the stage.

Over the next hour, Obermayer will retrace this circle, slowly, painfully, a mere seven times in one hour, with the weight of water jugs in each hand – water not preserved or nourishing, but lost, drip by drip, into the black ground. Throughout, her voice soars and breaks, a repeated song, an interpretation of the mournful final aria “Sola, perduta, abbandonata” (“Alone, lost, abandoned”). We see her figure as a water-gatherer in daily toil, as a woman fleeing from x, running toward y, as a migrant (from so many eras, from so many places). Artfully, Obermayer sings with and against the loops of her voice which spill from the semi-circle of speakers, multiplying the echo of sound into life as her character struggles with the loss of her own, making, as Jacques Rancière writes, “the possibility of the new emerge from the very time of repetition”.*

For those who are unfamiliar with the opera, Obermayer’s performance is a rich meditation, an intelligent, insistent instance of intentionality, and an aurally gorgeous experience. But it is perhaps for those who are better acquainted with operatic history that this piece is especially valuable. Speaking of cinema, Rancière writes that aesthetic modernity pits the “old logic of the story” against the “form of performance.”* Opera, too, could be said to be a genre which, still giving great respect to the “old logic of the story”, grapples with how to converse meaningfully with the form of performance, and thus how to find its contemporary manifestation. While weighted toward the latter, Obermayer’s work offers a suggestion for how we might explore and reinterpret the rich heritage of classical music and story with the hermeneutical approaches and tools of space and time available to our present moment.