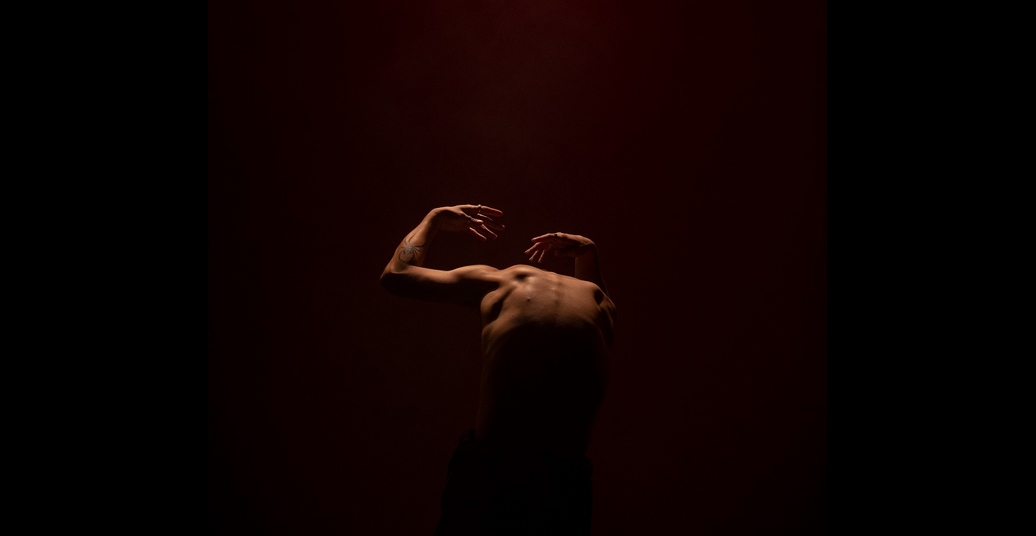 A certain ‘sliding doors’ approach to interpersonal relationships and the realities they create marks Sita Ostheimer Company’s premiere “The Inevitable and You”, playing at DOCK 11 from 8 to 11 December 2022.

Although “The Inevitable and You” is described by its creators as being an exploration of interpersonal relationships, it’s possible to map countless metaphors of human existence onto its relatively abstract frame. This is one of the special properties of a piece of ‘pure’ choreography – it leaves itself open to wide interpretation by an audience, many of whom cuddle up on a winter’s night in DOCK 11’s Theatersaal to see the latest offering from choreographer Sita Ostheimer. When the journey is working well, it seems to touch many facets of human existence simultaneously, standing in for everything and nothing at the same time.

Working in a familiar form, inspired perhaps by Ostheimer’s training with the messianic Hofesh Shechter Company, Sita Ostheimer Company delivers a loose journey in phases, marked by tonal and emotional transition. The show opens in haze and a top-lit, gleaming white floor. Five dancers standing in various corners of the room. As the industrial, atmospheric soundtrack (Adrien Casalis) announces itself, the dancers begin to pick up rhythms and notes with different parts of their bodies, occasionally aligning in dramatic fashion, only to split apart again. This formation quickly shifts into something deeper and more dyadic, perhaps also a lonelier conversation, nevertheless creating moments of connection between ensemble members that seem, from the outside, to have an essential quality to them.

Although some trademark staccato and rhythmical accumulations are on display with pelvis-led movement and weight-sharing as communication – strung together by a foundational pulse that’s frequently returned to – the technical sides of “The Inevitable and You” are (rightly) rendered secondary to its exploration of dependency, togetherness, and distance. The result is a deep and interestingly non-spectacular work, that puts its focus on the direction of a journey, where shifts in the staged reality are marked by painting with mostly warm-coloured light (lighting: Barnaby Booth) on the white floor, subtle shifts in the soundtrack, or almost indistinguishable adjustments in the way ensemble members address one another. It’s this detail that elevates “The Inevitable and You” above a reproduction of technique, and into something that could be described as tangibly universal.

It’s worth thinking about the title and conceit of the piece, as, although ‘interpersonal relationships’ as a theme seems dangerously vague, here it somehow manifests as concrete and even profound. To what does the ‘inevitable’ of the title refer? Is Death – which seems to appear periodically in the piece as some kind of sudden cessation of momentum – a dropping of progress in life as someone leaves the greater journey, and therefore a kind of ultimate pairing with the self? The ‘sliding doors’ moments, in which a dancer occupies a separate reality, or a pair begin a side conversation among an otherwise unified ensemble, seem to suggest moments of loneliness and disconnection among the interpersonal. This is reified in the show’s epilogue, where a lone dancer stands in silence, a short final flourish of the soundtrack their only remaining companion. Yet, if the moment of death is itself bleak, it does at leastleave one (hopefully) with history of authentic connection to look back on, and to celebrate.