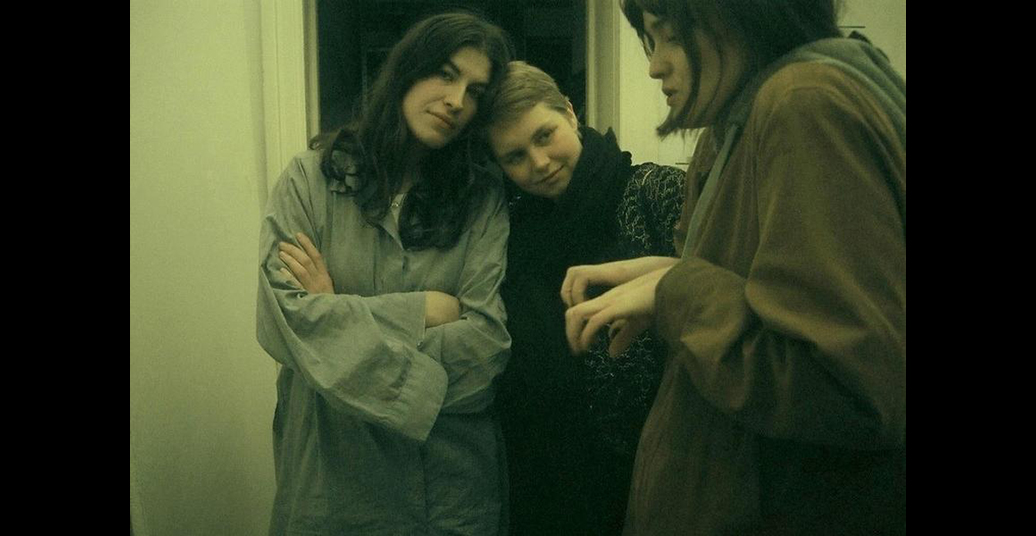 NAH DRAN — ‘close by’, ‘proximate’, ‘intimate’. Attending this research series, existing through the continuous investment of ada Studio in young, Berlin-based choreographers, usually means gathering in the small studio number 7 at Uferstudios. As an audience member, you are almost close enough to touch the performers. This time, however, it’s different.  There is no physical proximity, there is only the online medium.

Anna Fitoussi, Gabriella Forzelius and Camilla Strandhagen with Baal & Mortimer, and Thomias Radin confront the question of how to stay connected, not only to each other and to the audience, but especially to the art work itself. How do you keep true to your concept when the medium changes from a live situation in the here and now to an online presentation? To shine a light on these questions, this NAH DRAN — curated by Roni Katz and artistically supported by Maya Weinberg — is called “Interconnected”.

The first to take up the challenge is choreographer Anna Fitoussi. In “Shallow Turtle Drum”, she squats on a light pink tapestry. Her torso is bent and her face hidden by the hood of her white raincoat. We watch as the camera comes closer. The way in which it slowly captures her body is a sensual experience, revealing the tension in her muscles and the red of her knee. Her hands are stretched out on the ground as if in devotion. Her back and forth movement starts to produce a sound, as though it is being pushed out through her mouth by her whole body. Then the sound itself impacts the movement in return. It brings her to standing, her coat rustling. The camera zooms out and we see a landscape of thick tapestry placed diagonally against the wall, creating little hills. There is a stillness to the image when she is working on the tapestry. Outside of it, she delicately touches the ground, scans the environment with her eyes, as if to fully understand this unknown world that she finds herself in. Her body, mind, and surroundings need to be in tune with one another in order for her to feel safe. Unexpectedly she speaks. “What’s my favourite place in the world? That’s easy, it’s between the mattress and the bed sheet. I need help to get there, I need someone to tuck me in.” We need someone else for comfort.

With only one of the team in Berlin, choreographers Gabriella Forzelius and Camilla Strandhagen, along with music project Baal & Mortimer by Alexandra Grübler, created a blend of pre-recorded video and performance. In “Haven”, a woman is sitting on the ground, dressed in white shorts and a black top. She wears her long black hair on one side, revealing her face to the camera, and therefore to us. With great concentration and a some sort of sad softness, she reads a poem. Then slowly, she begins to sing. The music continues as a video of a forest is projected behind her, and we see a woman in a red shirt and a big sun hat slowly yet rhythmically making her way through the grass. We hear twigs breaking and the grass moving. The sound is expanded, the imagery becomes greener, the contrast higher and the texture of the imagine granular, like a home movie from the 1970s. The performers have obviously taken so much care over every little gesture, and this tenderness makes me want to close my eyes and drift away on the mellow sounds.  “You don’t understand anything about yesterday or tomorrow. There is room for you here.” In “Haven” a place is sought for the outcast, the imploded, the lonely. In a forest, back to basics, with soft sounds and physical actions, like hand-washing clothes, or building a hut to live in. The fact that it is not so easy to find a place like that, where ‘the real world’ has been shut out, is proven by the bikers that come by on their very contemporary bikes, commenting on the action. Reality, unfortunately, is never far away.

“The Myth of Trinity” begins with a short video of a masked man in a forest. He is handed something to drink, which inflicts movement. It feels like the beginning of an ancient ritual. In the next frame we find ourselves in a studio. A large painting, functioning as a set design, shows urban life, with one body divided and scattered into two parts, moving through a cityscape. Thomias Radin is the painter as well as the creator and performer in this piece. He sits in front on the painting, masked. He lifts his arms like the wings of a bird. As his shadow expands on the wall, he becomes larger than life. Then when he stands and walks backwards along a path made of small tiles, his balance is challenged. One of the tiles breaks under his weight. He moves slowly, deconstructing elements of popping and locking, capoeira, and other movement styles. He obviously has great control and moves from one style to another, keeping his body contained and then unleashing it. Every now and then he returns to the image of his arms flying like wings. He consciously searches out imbalance, uncertainty — by walking on the heel of one foot and the toes of the other, or by reaching for something out of his grasp while standing on his toes. The combination of this testing of his own capabilities and for a power outside of himself is one of touching beauty.

Photo: “The Myth of Trinity” by Thomias Radin ©Raisa Galofre

In contrast to many works that have recently been shown online as an ad hoc response to the restrictions of the Corona crisis, these works were consciously developed for a presentation on the screen. This consciousness entered and informed the creation process. The aesthetics of the individual works and the ideas and signatures were therefore conveyed through the purposeful implementation of the camera as a choreographic tool. Concept and the outcome were interconnected. The result is a fascinating intermediate space that lies somewhere between the studio visit and an online experience.