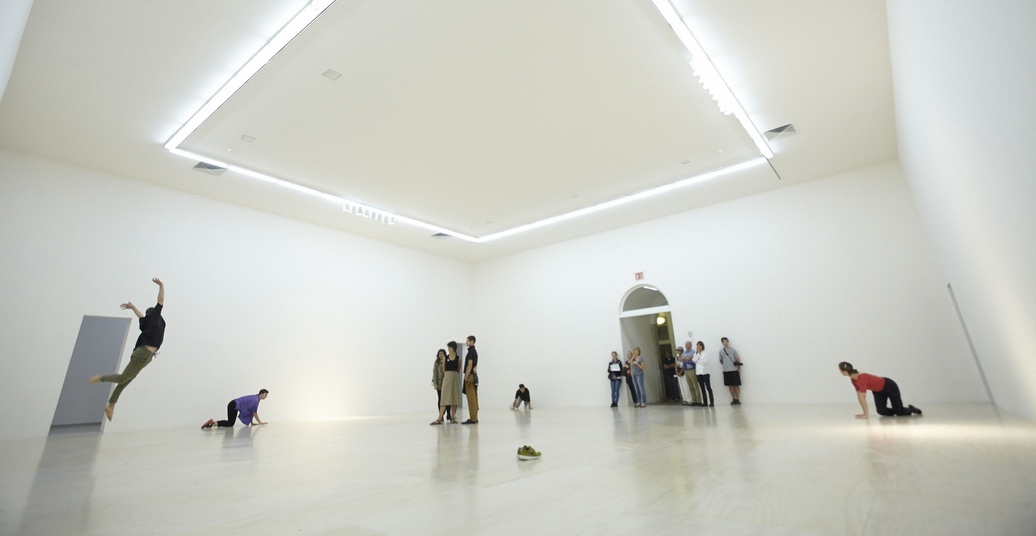 The event series “What the Body Remembers: Dance Heritage Today” (24th August – 21st September, 2019) hosted by the Akademie der Künste and other partners offers four weeks of performances and lectures, including an exhibition, a campus, and a publication all dedicated to the history and heritage of contemporary dance today.

This is a place where you can catch up on your Western dance history, if this is something you wish to do. Browsing through the vast programme, you’ll find recreations of Mary Wigman, manifestations of Valeska Gert, teachings on Isadora Duncan. Tributes will be made to the North American greats: Merce Cunningham, Steve Paxton, and Yvonne Rainer, to name a few. Some big names in European contemporary dance also appear, such as Anne Teresa De Keersmaeker, Boris Charmatz, Xavier Le Roy and many others, all nestled in between much discourse and discussion around how to go about this question of dance heritage.

As impressive as this line-up is, I find myself (once again) squirming at the Eurocentric nature of it all. You see, I was born in Durban, South Africa, and growing up white in an ex-colony always casts a complex shadow on how I engage with the work I see in Europe. My 18-year-old self (studying a subject called ‘Western Dance History’ at university, which started with the origins of ballet and ended with the development of modern dance in North America) would have been thrilled at the opportunity to see the history books “come to life”. But more than ten years later, I find myself slightly more cautious of history books in general.

I’m hesitant to criticise an event for being Eurocentric when we are, after all, in Europe. The curators and organisers know “full well that we are assuming a perspective from Germany and Europe,” (as it states in the programme). Somewhere else I read an acknowledgement of the “rather Eurocentric” curation, which feels like a disclaimer for something that’s obvious. A cheeky part of me feels this event should be called ‘Western European and North American Dance Heritage Today’ — less catchy, but more accurate. I’m concerned by a certain assumption of universality, and perplexed by the four days of “non-European dance traditions” taking place from 12th to 15th September, as the Akademie der Künste informs us, as if this curatorial gesture makes for a global consideration of dance heritage.

With these thoughts in mind, I arrive on the opening night to watch “Fase, Four Movements to the Music of Steve Reich” by Anne Teresa De Keersmaeker. Watching the work, it feels like a bigger version of the DVD we watched in history class. I feel nostalgic, and find it beautiful in the moment but almost immediately forget about it once I leave. The following week I see four pieces by Lucinda Childs from the 1960s and although I feel I am witnessing ‘important dance history’, these dances leave me cold. The silent, geometrical choreography feels like a relic from another time and I question if re-construction is the most valid way to consider past performances, when the bodies (of both performers and audiences) are always in a state of flux.

Later, as I stand absorbing the exhibition “The Century of Dance”, I start thinking about the relation between the archive and the canon, and the powerful position of the individuals who shape this canon.  Suddenly I hear a familiar sound that gives me a fright; it’s a kind of robotic siren call coming from Xavier Le Roy, projected on one of the screens. He is performing “Self Unfinished” and I feel incredibly strange, because for the past month I have been trying to perfect this exact sound, as I have been working as a performer in Xavier Le Roy’s “Retrospective” at Hamburger Bahnhof – Museum of Contemporary Art, also part of the event series Dance Heritage Today. It dawns on me that by performing his work, I enter this very canon of dance that I’m considering with such a critical eye. Not quite knowing what to do with this thought, I go downstairs to listen to Ong Keng Sen’s lecture entitled: “Intercultural” Archives: The Dance Archive Box Project.

I am immediately energised by Ong Keng Sen’s approach and happy to find that he is one of the six curators of the event. Ong Keng Sen opens his talk by announcing his scepticism for the word “intercultural”, and how this word points to the ways in which our minds are colonised, and the urgent task of decolonisation – a task both impossible and necessary. He goes on to explain a project that he curated as a part of the Singapore International Festival of the Arts called “The Dance Archive Box”, a process in which seven contemporary Japanese dance makers each created a box, archiving (in whatever way they saw fit) a single performance. The seven boxes were then sent to seven other artists in different countries to interpret and use in order to create another performance. This project reminds me that there are more imaginative and elastic ways of approaching archives than those put forward in the majority of this event series.

Ong Keng Sen insists on the value of an archive according to how it is used, proposing thearchive as a site of new creation. He invites us to consider all creative work as a prologue to another work, and speaks about archives as belonging to a community not an individual. Reflecting on this, I begin to think of my experience in Xavier Le Roy’s “Retrospective”, which upsets normative ideas about the sanctity of the established artist’s archive. In the piece, we learn excerpts from Xavier’s past works and we perform them according to a system that responds to the entry of new visitors to the space. But these excerpts and references also function as entry points into our own ‘retrospective’, as each performer develops and shares their own story, offering the visitors a kind of storytelling biographical gift. You realise that the piece is not actually about the repetition or reproduction of the things that Xavier’s body was doing in the past, but about how performance can generate a meaningful type of exchange or connection.

In the case of both “The Dance Archive Box Project” and “Retrospective”, an archive becomes a tool that is used to create a situation that belongs to the present instead of attempting to preserve and construct a moment that belongs to the past. Despite the conundrum of what might constitute dance heritage, I realise that instead of being concerned with what the body remembers, it may be more vital to consider how the body remembers and how the body can use the past to generate a totally different future. This is a question that is explored through the discourse programme, which continues this weekend and I encourage you to check it out and join the conversation on how to creatively approach a collective dance heritage.