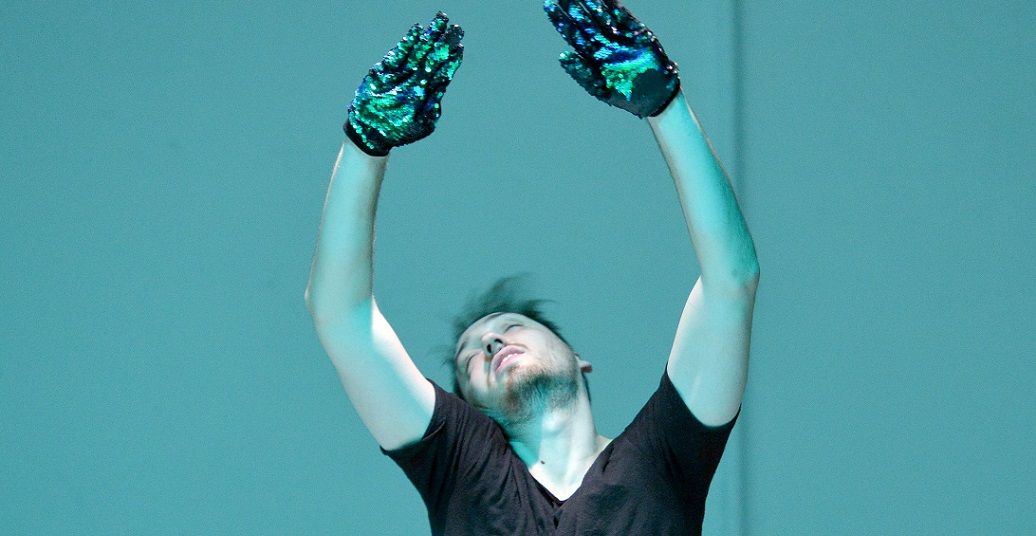 The peacock knows how to impress. It struts along, unabashed, displaying its long, languorous feathers that sprout from its fluffy behind. Its spectators have no choice but to marvel at its divine beauty. Nature has endowed this bird with the power of seduction, strong enough to dazzle not only future mating partners but also us humans.

Dance artists have long attempted to achieve a similar state of opulent mastery. Modernist choreographer Ruth St Denis created a dance based on an Indian legend in which a woman’s excessive pride turns her into a peacock. To mimic the bird’s iridescent plumage, St Denis wore an extravagant, eye-spotted dress that trailed behind her as she flirted with her ogling audience. And José Limón’s most famous ballet is a violent story of passion and betrayal based on the ‘peacock’ courtship dance from the Renaissance. The pavane, from the Spanish pavo, uses slow, stately steps layered with sensual ornamentation to express the unquestionable agility and virility (and good genes?) of this illustrious creature. Vain, maybe – sexy, certainly.

Post St Denis, post Limón, enter Léonard Engel. With “Pavane”, he continues the grand tradition of peacock mimicry, and, for a moment, abandons his own species in order to transform himself into a human version of el pavo real. And transform he does. With a coy smile playing at the corners of his mouth, he lures his audience, gently and reassuringly, into a soft and steady pavane. Using his hands and upper body to entice us with delicate, decorative articulations, he moves swiftly across the floor, accompanied by Korhan Erel’s unpredictable sweeping and beeping. With impeccable pacing, the rhythm of his steps is broken as he falls into a stronger flow, bouncing up and down in angled positions. An odd beast indeed, but an exuberant display – and refreshing, considering that the usual animalistic expressions in dance emulate either the cat or the monkey.

But, with all his splendid ‘peacock-ness’, a question was roused: who is he courting? Are we, the audience, his peahen? This is Berlin, the city of darkrooms, S&M and personal slaves. We are an audience not unexposed to uninhibited sexuality, Paris Is Burning screenings, Judith Butler readings and countless feminist and sex-positive art manifestos. Is Engel questioning the patriarchy by getting peaCOCK-y? His sequinned gloves, which he later produces from his pockets, seem to point in that direction. The green and blue sparkles catch my eye as he flips his palms bewitchingly, his fingers shimmering under the same-tinted light. But does glitter automatically mean queer?

Engel doesn’t seem to fall into this narrative. As far as I can tell from the description, he has taken a purely scientific route, drawing from biology and 16th century dances stemming from the classical tradition. He has created an interesting environment in which this exploration is performed, but what happens after the peacock-transcendence? Like St Denis, will he become forever trapped in a bird body? Or rather, in abstract terms – can movement act as a tool for the deconstruction of desire and seduction?

After I leave the theatre I am reminded of Jean de la Fontaine’s fable: the peacock complains to the goddess of heaven about not having a sweet song, like its fellow the nightingale. It may have got all the good looks, but every time it opens its beak it can only screech. The goddess has no sympathy: she tells him to get a grip, or “I will take your boasted plumage from your back!”. If beauty comes hand in hand with ugliness, then perhaps the peacock’s feathers are just a façade. When what lies beneath is exposed – that’s when it gets really sexy.