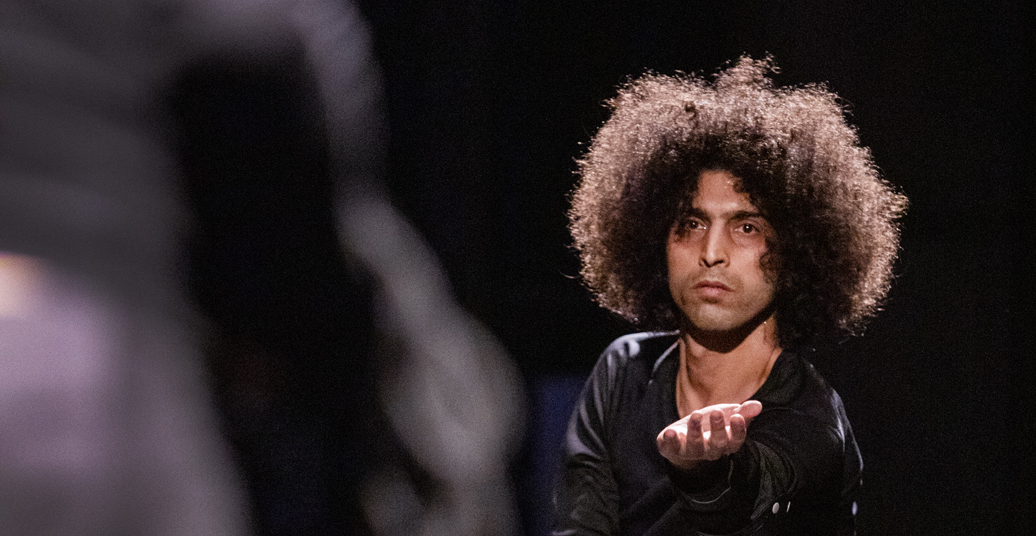 Finding your space in Berlin is not a simple task. However, with the support of the relevant institutions, many obstacles disappear. It was the same for me, only I had other hurdles to overcome first: political issues, bureaucracy, and a disease.

I woke up this morning at seven-thirty and had a yoga class at nine. I had a project class from eleven till one. After lunch, I attended a solo / body class from two till five. From six till seven-thirty, I joined a lecture on study themes.

This time three years ago, my sleeping and waking up times were undefined. I spent most of my time on the sofa, with pain all over my body. Everything was foggy. I stared at the ceiling dreaming up plans to escape the hell I lived, most of which were unfeasible or difficult to implement. The pain was not the worst aspect. My concentration was so poor that even small tasks, like tying my shoelaces, represented a huge challenge. I became absent-minded and lost all sense of my surroundings many times a day. I stuttered. Everything around me seemed like it was moving at high speed, while I lived at a much slower tempo that I could neither escape nor control.

9 September 2014, I arrived in Berlin with hopeful vibes, telling myself this would be my final destination after nineteen years moving between temporary, illegal, and unstable places. On the bus from the airport, I looked out the window attempting to meet the city’s houses and roads. This was my place now. I enjoyed memorising little details, like the appearance and colour of garbage containers. The first time I laid eyes on Kreuzberg, I had an incomprehensible feeling. Today I realise this feeling arose because this city was my new home.

Following two days of peace, the journey to obtain residence began. The process was long and exhausting as I was an Iraqi national and not a priority case. I spent three long years stalled, with no rights to live normally, work, study or progress. However, amid this darkness filled with obstacles, including language, culture and work, a glimmer of light loomed in the horizon when I received an email from Uferstudios inviting me to attend a meeting for international artists in Berlin titled “How do we work it”. A world of possibilities began to open up, door after door. I enjoyed networking, getting oriented within the dance scene, exploring countless opportunities, and gaining knowledge. My career was heading exactly where I wanted it, it was a time to grow and dare, while I waited for the answer for my asylum application —which never arrived.

On the first day of my German course, I could not write or use my right hand properly. Keeping focus intact the entire class was extremely difficult, it seemed so long and exhausting, which was unlike me. I left class and decided I should seek immediate help. Consequently, I spent 12 days in hospital enduring hideous, countless tests which ended with a diagnosis of multiple sclerosis. Back then, I did not understand the term, nor did I realise what it meant for my life. I inquired a lot about the illness — I wanted an answer to an urgent question “Would I still be able to move?” I received inconsistent answers, and many physicians insinuated that I would potentially use a wheelchair in a couple of years. Bit by bit, I saw that MS imposed a specific change to my life as a person and a dancer.

It was an endless nightmare. I only woke up when I received an email from Sophiensæle telling me my application had been accepted to Tanztage Berlin 2017. As much as it lifted my spirits, however, it was a source of stress and anxiety, as I was totally clueless how would I participate given my situation. I informed the lady who contacted me that I was in hospital. I can never forget how I sat in the hospital café, with a syringe in my arm, while Anna asked me: “So would you like to take part?” I glanced at the medical bag hanging above my head, looked around me, bewildered, then said: “Yes, I am ready”. I returned home from hospital 22 October 2016. I could barely get up to go to the toilet. A million questions rushed through my head: What would I show? How could I work on my concept?

“The Parallel Side of the Road”, my four-year journey from displacement and emotional trauma to trying to hold on to my identity and dreams, was due to premiere 13 January 2017. Rehearsals started the first week of November and began the minute I left home including my S Bahn ride. I prepared on the way, listening to music, taking notes, reading older notes. I was often lost in thought: Why would a mover like me, who depends on physical action, get such a tragic disease? These feelings developed over time: Perhaps if I were not a mover, I wouldn’t have had the opportunity to escape the illness into rehearsals and exercise, thinking about dramaturgy, music, lighting, scenography.

Meanwhile, I tripped, I had sudden vertigo attacks, I fell down, I lost balance, I was confused by gravity and space many times. I overcame this by strengthening my physique and supporting my body. I drank water, I ate well, I exercised, I convinced myself it was all helping me heal, which it did, eventually. I knew my body best — better than the doctors or physicians. To a great extent, my performance stole me away from my pain and left me in a parallel world where I no longer had to live inside the sickness. This led me to think differently. I wanted to make a simpler performance that relied largely on movement. I found that how I moved was more significant than how much I moved. The process was agonising and going to rehearsals was a trial. My wife insisted on driving me amid my firm refusals. I needed to pick myself up to be on stage, firm and whole.

December brought snow and freezing winds. I gazed at the blank whiteness, losing control over my thoughts and focus. I paused, twice and thrice, sipped on water to regain my concentration. A question popped up like a daisy from the snow: “How will I perform while striving to keep my mind healthy and my feet stable?” It felt personal — way too personal. I wanted this work to be the way I always saw it, I wanted it to be whole on stage, uncompromised. Surrounded by those who saw me through it and the love that was at my disposal, I found the incentive to make what I thought would be my first solo in Berlin, and last ever performance.

This was three years ago. The start of work, dance, choreography, workshops, hope, love and healing. I felt like ‘Alice in Danceland’. It is open, everything is possible, you can fly high or low. You can allow all the madness within you to flow, crossing your own boundaries. Here there are no borders to what one can create. I could not forsake that, even for a fateful, unanticipated disease. I do not know whether Berlin really is ‘Danceland’, but what I am sure of is that it is my own dance heaven.

During a workshop last September, a colleague asked me about the dance scene back home in Iraq. I answered simply: “It doesn’t exist. Being a dancer can be dangerous there.” Another mover looked at me and said, “So do you consider yourself in heaven in Berlin?” I didn’t have to think for long. “Yes,” I said, “in Berlin, I’m in heaven”.